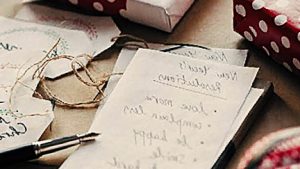 Is it too early for declaring new years’ resolutions? Surely not. Some might argue that we need to get done with Christmas before we can move onto that kettle of fish, but I’m a believer in taking commitments for a no-obligation test drive. Regardless, my 2020 resolution is incoming below.

First up: I’m going to make it through a whole, entire year without picking up any form of toenail fungus. You weren’t expecting that, were you? At least it makes a change from the usual tripe. Sure, Trudy, you’re definitely going to make it to that 6am Pilates class three times a week, and Harry, good luck with giving up vaping. I’ll be over here not having toenail fungus – a perfectly achievable and realistic goal – and we’ll see who’s laughing come next December.

That said, it could well be a smidge harder than you might imagine, given my track record. Microorganisms can’t get enough of my little piggies, it seems. Fortunately, when it comes to treatment for toenail conditions, Cheltenham is not a bad place to be – there’s a clinic that does all these high-tech laser treatments that are meant to be very effective – but still, I’d rather not be hosting foot squatters in the first place.

Podiatrist appointments don’t grow on trees, you know, and I could be spending that money on more interesting things, like a membership to a Pilates gym or a years’ supply of QuitVape patches. Hey, I never said I wasn’t into those things; I just think it’s silly to make binding resolutions around them. No one likes to experience failure, and setting yourself up for it just seems foolish.

Now that I’ve declared my commitment to going fungus-free, is there a chance I could fail in that endeavour? Sure there is, but you have to admit that success seems more attainable simply because my thing does not rely on willpower. Even if it did, it’s not like there’s anything even halfway enticing about having toenail fungus, so it would hardly be an issue.