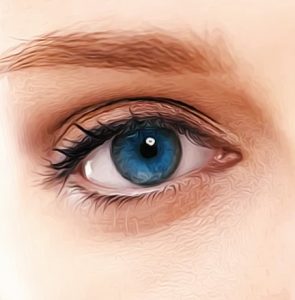 I can’t believe I stumbled across this girl’s blog post. I do follow every hashtag that relates to eyes and optometry and so it makes sense, but I can’t believe she wrote about the exact transition my eyes went through. I’ve never known or heard of anyone that has experienced the crazy eye mutation that I had, so to read her speak about exactly what my eyes had gone through has blown my mind. She’s offered to start a support group for all the people that reached out to her who have experienced the same thing, and I am just in utter disbelief that I’m not the only one. By the sound of her post, she was in utter disbelief too. I think we all are.

I was one of the people that wrote in and recounted the time that I went to a children’s optometrist when I was younger. I wasn’t treated poorly by the optometrist or my family, but it was obvious that they thought I was very abnormal. They even became warier of me once they realised I could see so well. It’s like they were worried that I would see something that I wasn’t supposed to see. I will admit that I felt pretty isolated because of it, even if they didn’t mean to make me feel that way.

I wish I had known about the girl who made the post sooner. Obviously, the transition happened a lot earlier to me, but when she visited the optometrist in Bentleigh I could’ve been there and showed the optometrist that it wasn’t the first time something like this had happened. It could’ve prompted the optometrist to do more research instead of just considering her eye mutation as a freak case and disregarding it.

I can’t wait to go to the support group that she’s organising. I live on the other side of Melbourne, but I will absolutely be there.