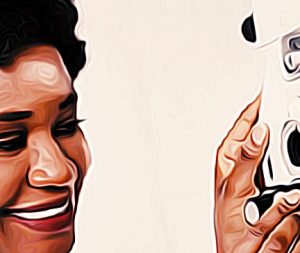 I really love my new babysitting job. I’ve never babysat before, so I wasn’t sure if I would enjoy it, but the children I babysit are so calm and quiet that it’s actually a pretty easy gig. I get paid really well, and all I have to do is watch them and occasionally feed them. Simple, right? You could say that. One time, the childrens’ parents asked me to take the oldest child to an optometrist clinic servicing the Bayside area. Apparently the father had been noticing that the oldest child was squinting whenever he tried to look at his schoolwork, but since the parents are really busy they didn’t have time to take the child themselves.

So, it was up to me. The particular clinic they had made an appointment for was a super modern, light and airy office space. It felt very clean and professional, but all the staff there were friendly. The whole clinic was extremely efficient. We had barely walked through the door when we were seated comfortably and told that the children’s optometrist would be with us shortly. When the optometrist eventually walked through the door, we were taken to a separate room filled with different scanners and optometry instruments, as well as posters of symbols, pictures, and letters that children are meant to read off to see how clear their sight is and how small they are able to see. It was a very efficient process. As it turned out, the child I was babysitting needed glasses. His parents had given me a bit of money earlier that day so I could pick out a set of frames and order the lenses and the prescription to be put in place as soon as possible. The glasses are meant to be delivered to their house next week. I’m looking forward to telling the childrens’ parents all about our experience at the optometrist. I might even get a pay raise!