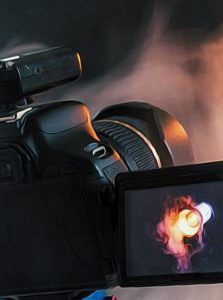 Hello, readers. My name’s Kirsty-Anne Mandwick, and I’m taking over Benson Brabson’s guest post for the day. You could say that I’m guest posting on a guest post, if it wasn’t so serious a matter.

Unfortunately, the reason I’m standing in today is that Benson has mysteriously disappeared. He was last seen speaking with two large men in black suits at his front door, as witnessed by a neighbour who contacted me because she thought it seemed unusual for Benson to be talking to anyone.

It gives me no pleasure to advise you of this. Naturally, we’re doing everything within our power to find out where Benson is, including liaising with police, and will provide an update when we have more information. What I can tell you is that Benson left a hand-written note on his breakfast bar, the contents of which suggest he suspected something was afoot.

It reads as follows:

Dear supporters of my documentary project,

If you don’t hear from me in the coming days, please know that I have not disappeared of my own volition. I have been coerced.

On my desk, you’ll find a contact number for a video production service around Melbourne. I’ve been working with this team on the documentary, and they have the raw files that will explain everything.

The producers may be reluctant to share the work in progress without my say-so, but there’s no time for me to organise its release with them directly. Show them this letter, in which I unreservedly request that they release the footage on my Tube channel.

Some of you will no doubt question whether this is all an elaborate approach to marketing, video production team members have been contacted as directed in the letter, and they corroborated Benson’s story somewhat – seemingly, they have had their own concerns of such a situation arising, unprompted by Benson.

I will be releasing further updates as they arise. In the meantime, if anyone has any information on Benson’s whereabouts, please reach out.