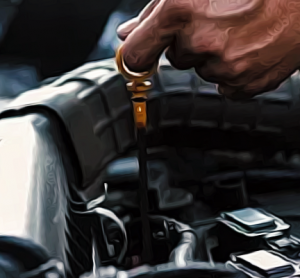 Okay, I feel like such a bad person. Ever since that blog post I wrote complaining about the price of running a car, bad things have been happening to people’s cars that I care about. My car is fine seeing as I have literally just gotten a car service from a mechanic in the local  Raceview area, but everyone else’s cars seem to be breaking down out of nowhere. The only thing I can think of that could be causing these breakdowns is the bad energy I put out into the world when I went on a 300+ word rant about a very first-world issue.

You should have seen what happened to my best friend’s car last weekend. She was driving me to go get soft-serve ice creams, which we do every Saturday night where we don’t have big partying plans. We were halfway home, somewhat speeding because we didn’t want our ice creams to melt before we ate them when her car broke down. You should have heard the sound it made. I honestly thought it was about to explode.

We couldn’t get the car started again and so she called her roadside assistance and we got it towed. The guy towed it to the same mechanic that I got my car serviced at just a few weeks before, and then we walked the rest of the way home with our ice creams. We were back at the mechanic first thing on Monday and it turned out the car was so broken that my friend had to be issued with a new car safety certificate to be able to drive it again. She couldn’t get the safety certificate without getting a crazy number of car repairs, but she didn’t have a choice, she had to get it done.

When I saw the bill she got, I felt so bad that I had complained about mine. It was nothing in comparison to the bill my now poor, best friend was handed.