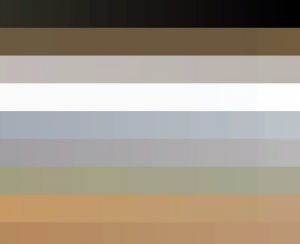 I had my first career counselling session today, with our school’s career advisor, Harold. I didn’t really expect too much from it since I had no idea what I wanted to do after high school. My classes are a bit of a mess as I couldn’t decide on a pathway for my future. I’m taking studio art, phys ed, literature, general mathematics and psychology. A real mixed bag of classes.

I was expecting Harold to ask why I chose the classes I did, but he didn’t. Instead, when I first sat down, he said, “Sarah, what do you like to do outside of school, in your own time? As you know, my job is to give career counselling. Melbourne has plenty of opportunities, but I want to know about you.”

For a long moment, I thought about his question. Then I said, “I like to play a game I call Cupid, where I try to get my friends and acquaintances into relationships without them realising I had any influence. I’m a bit of a matchmaker.”

“So, it makes you happy to see people you care about getting together. Have you had much luck?” Harold looked down at a sheet of paper with my name on it and scribbled some notes.

“Oh yes,” I said, “plenty of luck. Tiffany and Bob started dating after I tricked them both into a room at a party, then locked the door for two hours. I convinced Georgia to take P.E. with me, even though she hates physical activity, and now she can’t take her eyes off Liam, which was my plan all along.”

Harold pulled out a book called Giving the Best Student Career Advice Near Melbourne and read a few lines. Then he looked at me and smiled.

“I think you should consider becoming a marriage celebrant. You could do a Certificate IV in celebrancy and have a job in no time, after graduation.”

As I left the office, I started thinking about his suggestion. It was something I’d never considered, but I was sure I could be good at it. What would be better than helping people have their happily ever afters?