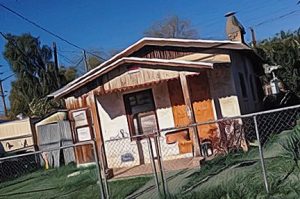 I am beyond frustrated with my house! Every single nook and cranny has fallen apart at some point and it makes it impossible to feel comfortable anywhere. I can’t even call where I’m living a “home” at this point, it’s just the place that I sleep and spend the rest of the time walking around on eggshells trying not to break anything. Last week, I was walking barefoot from my bedroom to the bathroom in the middle of the night, and my whole leg fell between the floorboards when they broke from underneath me. It gave me the fright of my life, and increased my frustration with the house tenfold.

I’ve had to replace almost everything in my house at some point, which is really expensive and time consuming. I didn’t even know this was a thing until I needed a window frame replacement. Melbourne builders are really good, and I should probably just get them to knock my house down and start again, but I can’t afford it. This means I can only fix and replace the parts of my house when the problems arise, and it’s a nightmare. It’s a relief once the old or broken thing is replaced, but I’m still on edge about what else could go wrong.

I could be at work and hear someone drop a plate, and I’ll flinch instantly thinking it’s something that’s crashed down in my house. The state of the house has really taken its toll on me.

Last year I needed a door replacement because my front door literally wouldn’t close. I was so unsafe those couple of nights where I couldn’t lock my front door. I couldn’t even lock the door when I wasn’t home. For lack of better words, it sucked. This whole house sucks. As much as I hate it, I wouldn’t even sell it to someone in this state. I’m stuck with it.