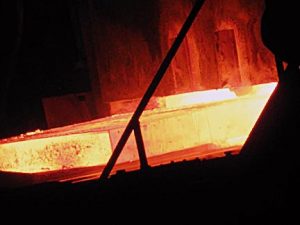 I’m building a rocket ship because I want to go to the moon. I’ve had just about enough of this silly world with its mobile phones and video games. Kids these days have no respect and they don’t appreciate hard work. So I’ll go and build my own society on the moon, one where elders are respected and kids do as they are told. It’ll be much better than what we have now. If you’re willing to work hard, you can come with me too.

I’ve got all of the metal suppliers around Melbourne working hard to give me the pieces for my rocket ship and my shipment of rocket fuel should be arriving shortly. Then I’ll be off to that great white disk in the sky. And for the record, no I don’t believe any of this nonsense about the moon having no breathable air. If that was the case, then how come the astronauts didn’t have to bring scuba gear? They just had those spacesuits which were obviously just there for warmth, not air. Honestly, people just need to think a little harder, rather than believing everything the government tells them.

Why would the government want people to think there’s no air on the moon? Isn’t it obvious? It’s to stop exactly what I’m doing. If you think you won’t be able to live on the moon then you’ll just stay on Earth, won’t you? If I couldn’t see through their lies I wouldn’t be getting steel fabrications. Melbourne would have to be my home forever. But because I know the truth, because I’m smart, I can get away from this mess of a planet.

They want to keep you here so they lie to you. It’s so obvious if you have a single working brain cell like me. Alright, my ship will be ready soon, so if you want to escape the chains that have been placed around you, come to my place ready for a life of lunar living.