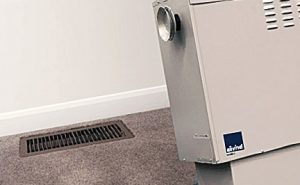 I’m in a band with three of my mates. I wouldn’t say we’re successful, but I think we’re slowly paving the way to become a pretty well known band amongst the locals in Sydney, and then hopefully we’ll make our way nationwide.

We’ve been practising in my garage for the last six years; since the day I moved into my first home. We were never allowed to practice at my house before then because my parents would crack it at the noise, but now that I own a house we have free reign. It’s made us a lot better as a band and I’m very happy about it.

Playing music in the garage for multiple hours of the day sounds like it’d be fine, but wow, in winter did we get cold. It was absolutely freezing in there, to the point where I could barely strum my guitar because my fingers couldn’t move. We decided to put the money we made from our first local gig toward paying for the installation of split system heating. Sydney can get surprisingly cold in winter and without it we would’ve only been able to practice in Summer, which would have thwarted our progress. We all agreed that the installation was an investment worth making.

After the installation, we were able to practice every day and continued to improve. Looking back on it, the installation of the heater played a major role in our development and I’m really glad we did it. Even though it was pretty expensive at the time, we’ve made our money back and will continue to make money assuming things stay the way they are. It’s really exciting and maybe one day we’ll buy our own studio to practice in and we’ll splurge on ducted heating. Sydney offers so many opportunities for young musicians to succeed, and I truly believe we will succeed in the future.

Here’s to music. Here’s to success… but mostly, here’s to not freezing.