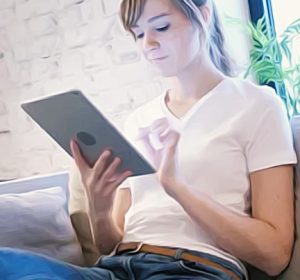 Oxygen: are we getting enough? Hey, don’t look at me for answers. That was the hot topic at tonight’s P&C meeting at Harry’s school. Marcia Maxwell-Higgins brought it up, being fresh from a ‘health cruise’ that seemingly consisted of being on a boat with a range of the latest health and wellness technologies. By the sounds of it, oxygen is the rising star of that domain, which seems fair when you think about it. Take away our oxygen and we’d all be dead in minutes.

While that much is obvious, I’ve never given oxygen much thought before. I mean, it’s pretty easy to take it for granted, what with it being freely available in the atmosphere and all. What I didn’t realise is that it plays a role in bodily functions like wound healing, and sometimes it can’t readily access parts of the body where its action is needed. When that happens, medical technologies can be used to intervene. One such technology is hyperbaric oxygen therapy. In Melbourne, it’s possible for people to access this at specialised clinics or even in their own homes through the use of portable hyperbaric chambers. These are basically big tanks that you can get inside and breathe air with a higher-than-usual concentration of oxygen.

None of this came as a huge surprise – I mean, when it comes to medical innovations, there’s not much I’d bat an eyelid at, and that’s partly because it’s so far outside my realm of expertise. What really made me sit up and listen, though, was Marcia saying that healthy people are now having this therapy for overall health and wellbeing optimisation. It’s the new infrared sauna, apparently.

Now I’m at home on the couch, trying to kick back with some hard-earned telly and not think about P&C stuff, and it’s all I can do not to dive into an internet wormhole about oxygen. Specifically: am I getting enough of it? Is Harry? Am I a bad parent? With that, now’s probably a good time to stop this nonsense and enjoy some serialised period drama.