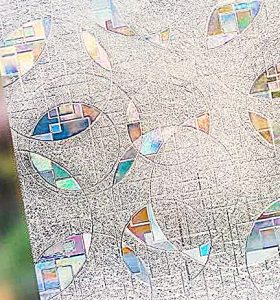 Oh man, I just got the best news ever. Our office is totally private now. I’ve been waiting months for this day. I was almost starting to think it wouldn’t happen. I can’t believe it: we’ve finally got window tinting. Now I can do my training in total privacy. People won’t come to the window, point and laugh as I practice to become a professional sign holder during my lunch break. Now I can’t see them, and they can’t see me. At least, I hope that’s how tinting works. From my side, it’s basically just black glass. It would be pretty embarrassing if the boss got it installed the wrong way so that people can see in, but I can’t see out.

I know that my current job is pretty good. I can’t really complain about it, but being a sign holder has been my dream since I was a child. But when I started looking for work, I didn’t have the right qualifications. No hand-eye coordination, you see. I’d spin the sign or throw it into the air and not be able to catch it. That was without any pressure. I managed to get a couple of interviews, and they gave me a sign to test out on the street, but within a minute I would always drop it on the road, and it would get run over by a car or truck. So that’s why I’m working in an office.

When I was a kid, I had this vision of standing in front of a decorative window film around Melbourne. It depicted this inspiring scene of a man holding a sign. It was then that I knew my calling in life was to spin, flip and do all sorts of tricks with signs. I would become the greatest sign holder in the world. It would be like doing yo-yo tricks but much cooler. And now that we’ve got tinted windows, my dream is alive.