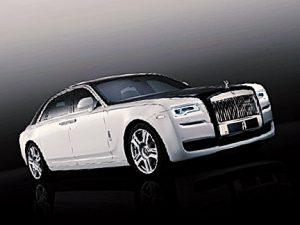 It’s been pretty hard to get repairs ever since we were turned into ghosts. Ghost Cow reckons we should find a Ghost repair shop, but I keep telling him those don’t exist. He’s a stubborn old fool, but our trio wouldn’t be the same without him. He’s got a great sense of humour and loves to moo at the living cows as we drive past them.

Ghost Car and I had a bit of a row the other day. It got so bad that I even threatened to go get a roadworthy from a shop near me so that I could sell him. It wasn’t an empty threat, either. But then I realised that I wouldn’t even be able to drive another car. I’d just phase through it. So we settled things and got back on the road, but it’s been awkward ever since.

The problem our argument stemmed from was the fact that Ghost Car has been making some weird noises, particularly when we pull up at traffic lights. He’s absolutely certain that there’s nothing wrong with him, but even though I can’t see his face from the driver’s seat, I know he’s lying. I don’t know if a ghost car needs it, but I think we should work out where to get car electrical repair. Every time I suggest it, Ghost Car says he doesn’t even have electrical parts anymore!

The thing is, Ghost Car is very protective about his parts these days. He won’t let me open up the bonnet, under any circumstances. So there’s a good chance he’s lying about not having electrics. After all, I still have all my organs; they’re just ghost organs now.

I know that Ghost Car is just afraid that there might be something wrong with him. I shouldn’t have said what I did about selling him. That was wrong of me. I should go apologise, straight away. I hope that he’s able to forgive me. We need to keep the Three G’s together.