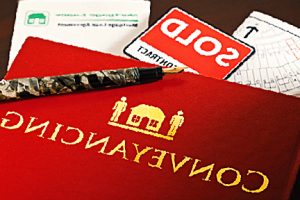 I want to sell my house of mirrors. Buying it seemed like a good idea at first. I mean, who wouldn’t want a two-story house that’s basically an amusement park attraction? But, well, let’s just say the novelty wore off pretty quick. I haven’t found my bedroom in weeks and I keep thinking the bathroom is five mirrors away, but it’s actually three, so I always walk past it.

I’m getting sick of seeing my own face, as well. I see it everywhere I look. On the floor, on the ceiling, in the shower. If this house was good for one thing, it was cured my vanity. I think I’ve had enough. If anybody could put me in touch with some conveyancing solicitors, I’d really appreciate it.

You probably think I’m crazy, that this was obviously going to come back to haunt me. Just like everybody else said when I bought it. Well excuse me for trying to have fun! I thought it would be a cool place for light shows and parties, but apparently others don’t agree. I haven’t had a single RSVP for the party that I’m hosting tomorrow. Although to be fair, I haven’t found the letterbox in over a month.

When I bought this house, I got the best conveyancing in Caulfield, and they said it was a bad idea to spend so much money on a ‘death trap’. But I’ve been here for six months and I haven’t died yet. I get plenty of sunlight since it bounces off all the mirrors. I know the path to the pantry pretty well and get shopping delivered regularly. It’s always a difficult journey to the front door, though. Usually, I just camp out in the living room when I know someone is coming because I might not be able to get there in time.

I think I want my next house to be a bit more manageable. Perhaps a bouncy house or a haunted house. What could possibly go wrong with those?