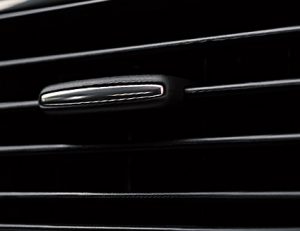 When I’m driving in my car, I like to have the air conditioner on and the windows down. It makes it feel more exciting, the air blowing on my face and past my ears, as I fly down the freeway at a hundred km/s per hour. Some people say it’s a waste, that there’s no point in having both, but I like it. It helps me keep prepared for the worst. Sometimes you encounter bad smells, like strong petrol or farms, and winding the windows up would be too late to fight them off. With the air conditioner, I get that refreshing air as well, and it’s much less of a problem.

I think air conditioning is one of the greatest inventions of the modern era. It’s like having a great gust of wind in your house or car, delivered at just the right temperature for you. I find when people complain that their air conditioning isn’t that good, it’s because they haven’t had it serviced. When I tell them this, they’re completely surprised that their air conditioning needs servicing. Canberra homeowners, more than anyone, don’t realise this. It’s a travesty that people take it for granted. We’re always grateful for our heating, which is something we’ve had since the beginning of humanity. But how much easier has life become since we invented cooling?

It’s easy to look past cooling when it’s already so cold most of the time, especially in Canberra. Air conditioning that is icy cold is hard to come by, and it shows during the summer, when the days are unusually hot. You don’t want to be caught off-guard in the sweltering heat, wishing you had fixed your air con while you had the chance. On that 35 degree day, everyone is calling for repairs, and you aren’t special. It’s always better to be prepared. Like how I drive with the air conditioning on, and the windows down, so that I’m prepared for any change in the air quality.